As I write this, I am aware that I am probably going to offend some readers, but, then again, I have found that we in society are afraid and unaccepting of the truth, therefore taking offense. I can not apologize for what I am about to say, however I can only hope to attempt to undo the wrong that I have done.

To start with, here is a little bit about myself. Before I was married, I was an extreme feminist, with the hopes and dreams of equality, having the same thoughts and beliefs as others in the fight for true equality. It wasn’t like the feminists of today, who only want to gain complete control, power, and to have revenge, destroying everything that the true feminists have fought so hard for (true gender equality). It is my hope that by posting my story and comments, that it will encourage other women, (we/you know who you are), to come forward and to tell the truth about themselves and their experience. Here is my story, as shameful as it may be.

I am a single mother of two. When I decided to leave my marriage (I was bored) I went to three different lawyers for advice. I was asked by all three of them if I was ever abused by my husband. My answer was, never in any way shape or form was my husband abusive towards me. To my utter disbelief, all of them told me the same thing. Unless I accused my husband of abuse, I would not gain sole custody of my children. They also told me that by making these allegations against him, that I would get EVERYTHING and more. When I asked them how we would prove the allegations, I was told that the courts don’t require proof, and to go to a women’s shelter, and that they would help me, and that it would support my allegations of abuse.

Having been brought up in a very religious family, I was very uncomfortable with this advice. I was then told by the lawyers, that if I wanted the full support of legal aid, I had no choice but to make the allegations against my husband. Having no money to pay for legal expenses, I did as I was advised. Reluctantly I took my children to a women’s shelter. I couldn’t believe what I was seeing. On the outside, it appears as they want the public and their funders to see it. This is however, far from the truth.

This place was a form of a cult, for lack of a better term. Male bashing was a top priority, and the administration was very adamant about recruiting yet another woman (me) to join this man-haters club. They even have a game plan on how to win in court. By following their simple plan step-by-step, I would not only get sole custody of my children, but also the car, house and land, plus finances for the rest of my life.

However, if I did not follow their game plan, but if I played fairly, I would lose everything, and I would be endangering the lives of other women, and would jeopardize any funding for them. The administration must have noticed that their brain washing techniques were not working as fast as they wanted, so I was ‘thrown’ at the other women staying there.

Terms such as ‘sperm donors’, and that all men were abusive and must die, were used on a daily basis. They were very convincing, and not wanting to jeopardize my fellow housemates, I went along with their game plan.

As soon as I said that I would follow their game plan, things moved very quickly. I saw the man that I was once married to destroyed emotionally, financially and physically. I was granted sole custody of our children, and because of a restraining order, I gained the house and car, so that our children wouldn’t lose everything that they were used to.

Not only was there a restraining order against him, he was also charged with assault. The man who had equally created our children, helped raise them, and who loves them dearly, was ordered to stay away from them, and to pay me (more than I ever needed) support for them. Like I said, I destroyed him, leaving him with very little to survive.

My brother is now going through a custody battle, where my former sister-in-law is playing exactly the same game that was taught to me by a women’s shelter, and my brother is in the same shoes that I once put my ex in.

Knowing how I destroyed my ex, and seeing the wrong that I had committed, I have made it my personal endeavor to help my brother with his fight. He recently joined a men’s group, and he receives messages on the net from shared parenting, epoc news etc.

As he was thrown out of his home, he now lives with me, which gives me the opportunity to read the messages from these groups. I must admit, sometimes there is a message or two that is of great help, but for the most part, these groups have to stop playing ‘Mr. Nice Guy’.

In all honesty, you can’t look any worse than what the feminists have already made you out to be. Let’s be honest, for many years, the men’s movement has gained little to no ground at all. You have petitioned, demonstrated, run phone campaigns, fax campaigns, e-mail campaigns, sold t-shirts, hats and bumper stickers, to no avail. Still you continue to do it, hoping for something to change.

The media, law enforcement agencies, medical professions, legal professions, senate, government, judges, researchers, and the majority of the public are aware of the plight of men and fathers face, and still no changes have been made.

In my opinion, change will come only when change is forced. I haven’t got the answers on just what to do, but it is apparent that continuing the aforementioned practices, is completely futile. Why don’t we take a look at how changes were made throughout history, by both men and women?

I have also noticed in these e-mail groups, the endless discussions on repeated posts, where everyone has an opinion. Can we not do something more useful than repeatedly posting the same post, and using our energy on more important matters? How many more statistics, reports, discussions, debates and opinions is it going to take before we say,“enough is enough”?

What is it going to take to get you guys to finally force the necessary changes to bring about gender equality? Having said all of this, I wish to say a couple of more things of importance. The true feminists do believe in gender equality, and really do have the children’s best interests at heart. We do not wish to destroy or restrict anyone from what is constitutionally theirs. I know that there are true feminists such as Erin Pizzey and Senator Anne Cools, that are fighting for true gender equality.

We need to stop today’s radical feminists, who don’t seem to realize that today’s accomplishments will be tomorrow’s devastation. They only see one thing, the need to gain EVERYTHING for themselves, regardless of the price.

I encourage you to·forward your stories of truth, for having done so myself, I feel that I can now truly fight for true gender equality.

With you in your fight, 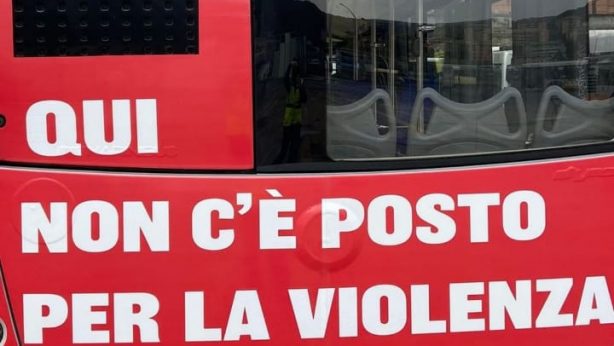